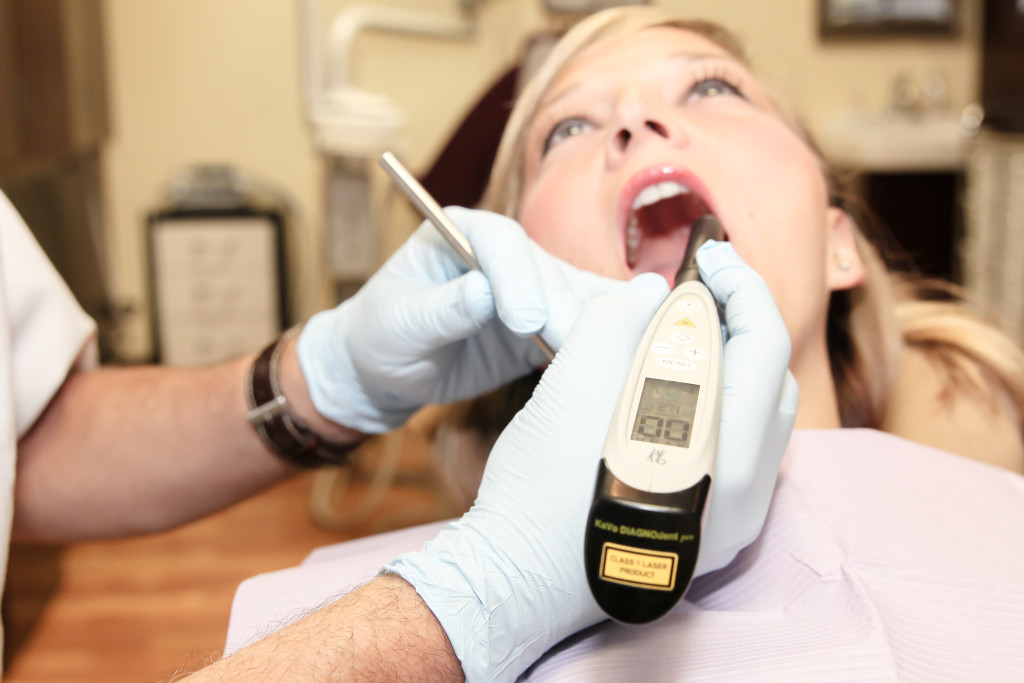 Who would not want painless fillings? It is the absolute dream of many people who have suffered through absolute agony in the past who often avoid the fact that they may need another filling, but they cannot stand to even think about the sound of the drill going round and round in their mouth another time. Thankfully, dental technology has moved on since then and there is now a way that dentists can offer completely painless cavity treatment that would have been unheard of even five years ago. One of the best examples of this new technology is the DIANOdent laser, a clever bit of kit that is able to detect tooth decay without any sort of invasive procedure whatsoever. In fact, this is a dental wand that is able to scan the inside of your teeth without even touching them!

The DIANOdent laser is being used now by more and more San Diego dentists, including Dr. Woods, in order to prevent fillings from ever being needed at all, because the decay of the tooth can be caught at an early stage, rather than letting it progress to the point where a filling is inevitable. Detecting tooth decay before the DIANOdent laser was almost impossible, especially if the exterior of the tooth was in good shape, because there were just no exterior visible signs that there was anything wrong. With the DIANOdent laser, on the other hand, your dentist will now be able to preempt potential problems that are associated with tooth decay, because the DIANOdent laser will be able to indicate which teeth are going to have the problem, which can then be treated with micro-abrasion, a technique that requires no drilling in order to do a filling (when caught early).

Approved by the FDA and the American Dental Association, make sure that you are being seen by Dr. Woods to take advantage of this world class technology.